Start a Wiki
SMGs are one of three gun types that are available from the start of the game. Like all guns, an SMG requires an SMG core, a heatsink, and a barrel to be linked before it can be used; these can be unlinked at any time. Preassembled SMGs can be found in Central Control (one in each desk in the southwestern office) and possibly in the MPO Prison (in a desk near the first enemy, but it may be a shotgun or pistol instead). In other sectors, security offices may contain any basic weapon, including SMGs and SMG cores. Once researched, SMG cored can be produced at the 3D Printing System.

In terms of range, SMGs are most suited for mid-ranged combat. However, due to its inaccuracy, it tends to miss often against smaller enemies at such range, which dominate the colony early on. In addition, larger enemies tend to have more HP and especially damage (and status effects), so the damage of a shotgun or the safety of a pistol may be preferred.

The SMG is the only weapon that can be placed into a Power Generator turret, so that is arguably their best purpose. Even a few basic SMGs put into the corner turrets can make mutant invasions significantly easier. The extra damage can soften up tougher enemies or altogether kill weaker enemies so that the stronger enemies can be focused on.

All stats are per shot fired. Durability decreases by 1 per shot. The weight is of the gun core alone; once linked with a heatsink and barrel, the heatsink's and barrel's weights are added on. All SMGs have 1 shots per fire. 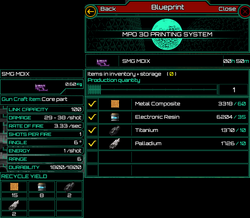 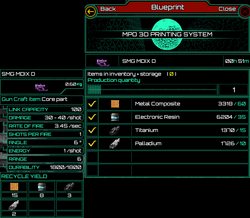 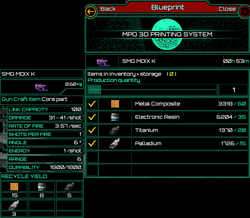 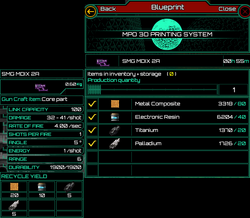 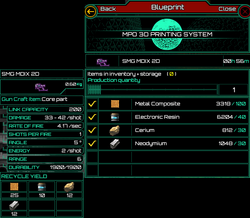 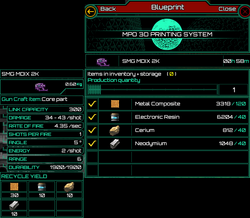 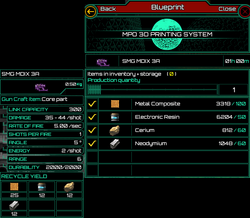 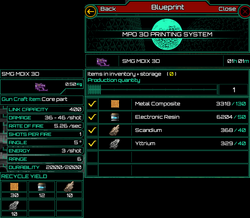 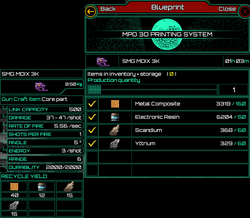 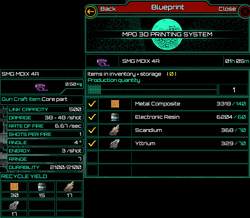 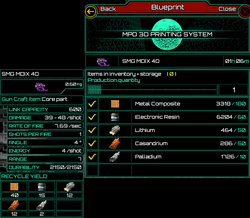 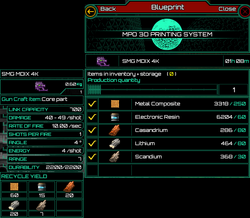 Retrieved from "https://subterrain.fandom.com/wiki/SMGs?oldid=5049"
Community content is available under CC-BY-SA unless otherwise noted.