A Power Pack is equipment that Albert West can equip. While a power pack has a charge, it can be used to power West's flashlight, shield, and even guns. Once depleted, a power pack must be recharged at any of the power recharging stations across the colony. Central Control notably has a uniquely high capacity recharging station, which has a capacity of 7000 (other stations have 750). Power stations can be found frequently around the colony, and most sectors have a power station on its ground floor.

"Activating West's shield requires a power pack and enough energy. West can move and dodge while blocking, but is unable to attack or sprint. Blocking an attack using the shield will absorb damage depending on the power pack's tech level, as well as protect him from fractures and bleeding. Getting hit while the shield is up will drain energy from West's power pack." -In-game Help Text

With a charged power pack equipped, West can maintain a shield around him while he is not attacking. Despite what it says in the game's Help text, sprinting is not affected by shielding at all. Maintaining the shield slowly consumes some power, but each hit taken while it is up will drain more power. If the shield is up while an attack connects, then a percentage of the attack's damage is mitigated (based on the the tier of the power pack), West will not be slowed down at all and may even be knocked back, and the attack cannot inflict any tertiary effects (notably fractures and bleeding). Shielding is recommended when turning corners or opening doors to minimize surprises, especially if nearby enemies may be alerted for any reason and you are opting to not use marsmari. 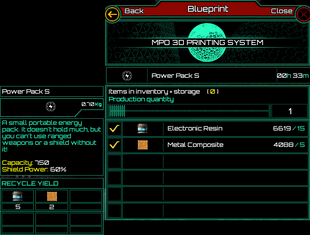 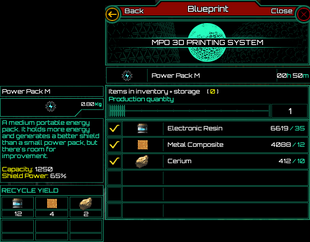 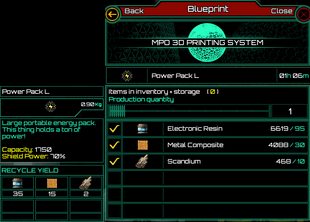 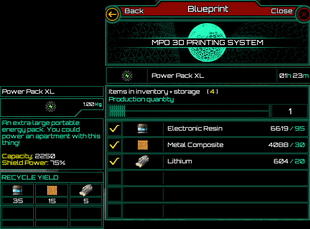 Add a photo to this gallery
Retrieved from "https://subterrain.fandom.com/wiki/Power_Packs?oldid=3881"
Community content is available under CC-BY-SA unless otherwise noted.