Start a Wiki
The Plasma Launcher is a weapon that can only be obtained by producing it at the 3D Printing System. It can only be produced after researching its associated data chip (takes 6h 40m at the Tech Research System), which can be found at the Carson Hotel and requires level 2 research software. Unlike other guns, plasma launchers can only be researched twice, with each gun level available at each research level (excluding level 1, since it starts at 2).

Like all guns, plasma launchers require a plasma launcher core, a heatsink, and a barrel to be linked in order to be used; these can be unlinked at any time. One shot of an IFM-9 Plasma Launcher generates about 75 heat, far higher than a basic Heatsink 'Frost' 10D can handle, so a better heatsink is highly recommended, at least a 'Thor' 350 for an IFM-9.

Plasma launchers fire a very slow projectile that explodes violently once it hits something solid. This explosion can harm the player, and can easily kill the player on higher difficulties. Although firing the launcher does have a significant knockback for the player, the slow projectile and the high speed that some enemies have can easily cause the explosion to hit the player. If avoided, however, the explosion can just as easily devastate enemy numbers. A fully upgraded plasma launcher can destroy any enemy, except for the healthiest of them, and the large explosion makes it capable of instantly clearing out the packed rooms that become common after about 60% infection. Although some enemies may survive the explosion, they will be left with only a fraction of their health left, making them easy and quick to pick off afterwards, preferably with a less dangerous weapon. However, since it is so dangerous for the player as well, photon grenades may be a safer option for massive spread damage on Hardcore and Nightmare, especially if playing with Permadeath enabled.

Gun core weights are for the core alone; once linked with a barrel and heatsink, their weights are added on. All plasma launcher cores have 1 shots per fire, 5° angle, 70 durability, and are explosive. 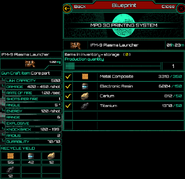 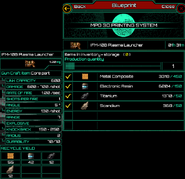 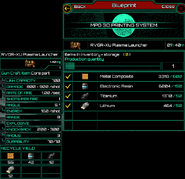 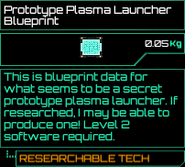 Retrieved from "https://subterrain.fandom.com/wiki/Plasma_Launchers?oldid=5046"
Community content is available under CC-BY-SA unless otherwise noted.