Heatsinks are a required component of all guns. All guns require a gun core, a heatsink, and a barrel to be linked in order to use the gun; these may be unlinked at any time. Heatsinks can naturally be obtained by unlinking complete guns; six complete guns can be found in Central Control, in the two desks in the southwestern office. In other sectors, security offices can hold any weapon component, including complete guns and heatsinks.

Like all gun components, heatsinks can researched and then produced at the 3D Printing System. Once research is complete, improved variants of the basic Heatsink Frost 100 can be produced and subsequently researched, independent of the other gun components. Improved heatsinks have increased heat-storing capacities, allowing for more shots before cooling down is required, and increased rates of cooling down, providing less downtime. An improved heatsink is essentially required for using a plasma launcher, since even the most basic plasma launcher generates more heat than a basic heatsink can manage.

It is worth noting that, regardless of a heatsink's cooldown rate, a gun will not begin to cool down until a second has passed since its last shot. 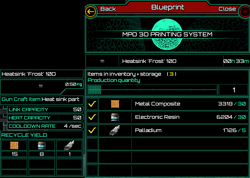 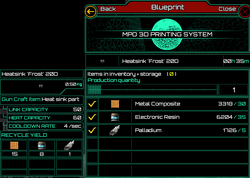 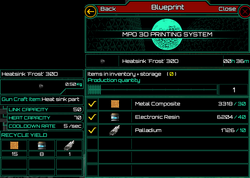 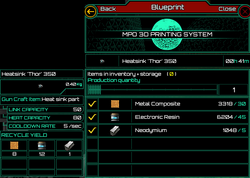 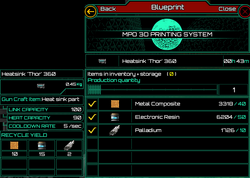 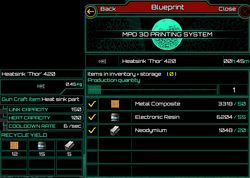 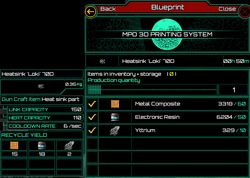 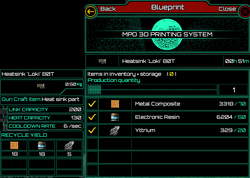 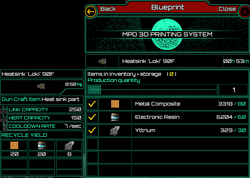 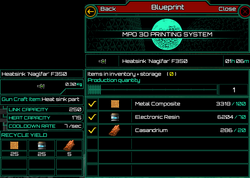 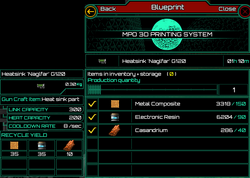 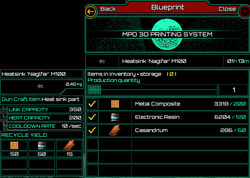 Retrieved from "https://subterrain.fandom.com/wiki/Heatsink?oldid=4262"
Community content is available under CC-BY-SA unless otherwise noted.